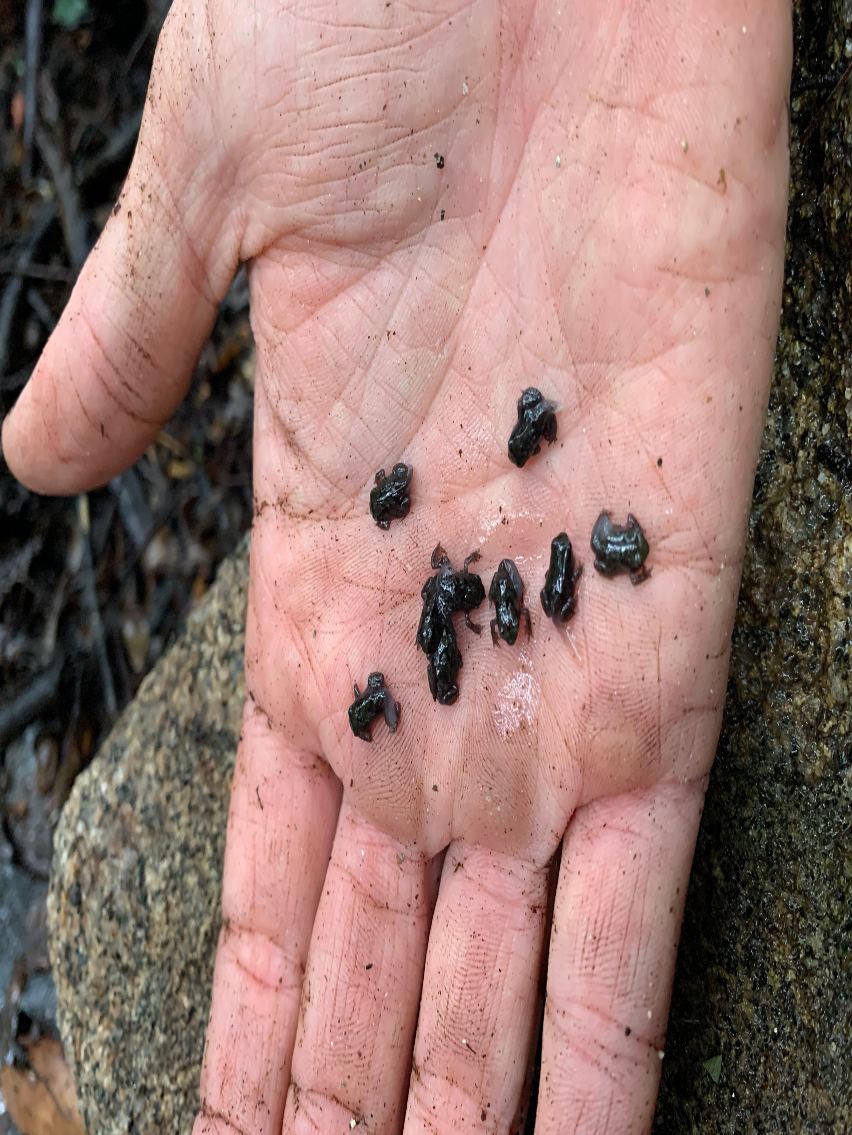 The Baw Baw frog (Philoria frosti) is a unique beast indeed, isolated to montane habitat of a small mountain plateau, it is small and brown, lives in the undergrowth with all its reproductive behavior and early life history occurring underground, add to this its Critically Endangered status. Getting a handle on the captive biology for this species has been challenging to say the least, not to mention eliciting reproductive behavior and successful breeding.

However, ten years on and the Recovery Program at ASA Partner Zoos Victoria is starting to experiment with reintroduction of captive laid eggs and larvae.

Aside from producing viable eggs perhaps one of most challenging aspects of reintroduction for this species is how to translocate captive laid eggs and larvae back to wild sites. Baw Baw frog oviposition sites have an intimate relationship with underground seepage lines where the eggs and larvae rely on hydrology to complete development. Experimentally we have been able to manipulate underground soaks to flow through artificially created oviposition sites that not only protect the larvae but also allow them to develop through to metamorphosis without intervention. Given the complexity of these underground systems it has been a huge milestone for the Recovery Program and one that provides us with a great deal of optimism moving forward.

During the 2019/20 season we have released over 200 eggs and larvae across two release sites, so far over half of those have metamorphosed and dispersed.

And now we play the waiting game, if any of these tiny frogs survive to maturity it will be another 4-5 years before we expect them to return to the breeding site as adults.