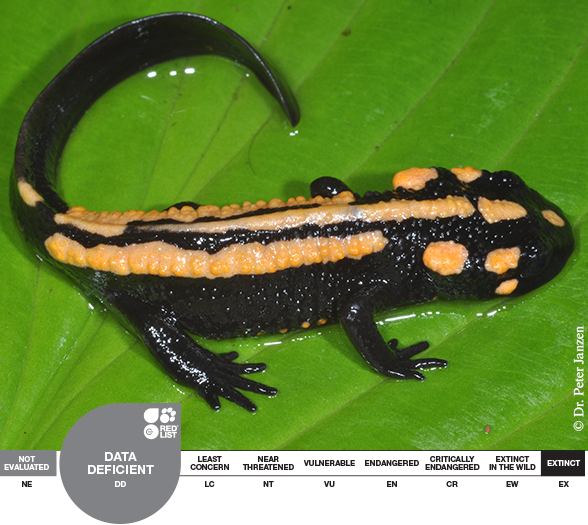 The Laotian Newt, Laotriton laoensis, became known to science when the species authority, Brian Stuart, was attending a Laotian wedding where he was offered a drink with this newt in it. Soon after describing the species, several pet traders raided the locality from where it was described and collected massive numbers of the species. It is currently listed as ‘Data Deficient’ on the IUCN Red List of Threatened Species because there is still work needed to identify its full range.  It is currently known from the Saysomboun Special Zone, as well as Phoukhout District in Xiangkhouang Province, in Lao People’s Democratic Republic. It seems to be relatively common where it is known.

The major threat to this species is the local harvesting of it for medicine, food, and the pet trade. Its habitat of streams and dry shrubland are not being threatened.