The journey of the Mapping Malabar Tree Toad program logo

Beginning of the journey

The ideation behind this logo was a long and time consuming process. We faced a bunch of challenges along the way and it was imperative that all designing minds were on deck to overcome them. The design team consisted of Kaushik Kannan, K.V. Gururaja and Srushti chiddarwar. Apart from them, Harikrishnan and Ravi Chellam were a crucial part of overseeing the meetings and giving direction when conversations seemed lost. The brief was direct. The logo needed to convey the crux of the project that is mapping the Malabar tree toad. A collaborative project is a venture which when done right results in really fruitful, sustainable work. Here, collaboration itself was being challenged by the unavoidable limitations on social interactions in person. Improvising via video calls was the only option available. Every meeting on video call resulted in moving slightly closer to bring the project to life. All ideas that were pitched were being challenged, justified and cultivated to bring the logo to where it stands today.  Amidst the chaos of the pandemic, the five of us put our ideas on the table with hope for the future which transcended boundaries of isolation to come forth as a beautiful graphic. This is its journey.

Initial ideations involved deciding the various elements of the logo followed by visually balancing them to fit the aesthetics, scalability and retaining value in its grayscale version. The challenging part about this logo was the fact that there wasn’t enough information about the toad online.  In a world where people rely on the internet almost entirely, we had to take the approach of going through academic papers based on the little field work done to find out about the toad. We were clear about what was not needed for the logo. It’s complex texture and pattern were given the least priority as a logo is about simplicity and scalability. That left us with other unique features of its anatomy. For example, its bulgy eyes, wedge shaped toes, and its very prominent snout. Using this information we ideated and sketched our very first bunch of logo iterations centered around the frog itself.

Our challenges truly began when the individual elements of the logo seemed to be lost in translation, there was hardly any balance between them for the logo to be wholesome. As the complexities began to intensify, we took a step back to inform ourselves of the crux of the project. It was about mapping and locating the toads. Here, Guru’s insight of incorporating a location symbol proved extremely helpful.

We had a few directions to explore and as we got to the creation part some interesting ideas began to emerge. Some of them were loosely based on these ideas

After a few iterations the logo began to take a shape that conveyed the narrative of the project. Soon it was about placing elements together harmoniously. Then it was about testing a refining to see the various options of the logo that were put together. Here is how it went. 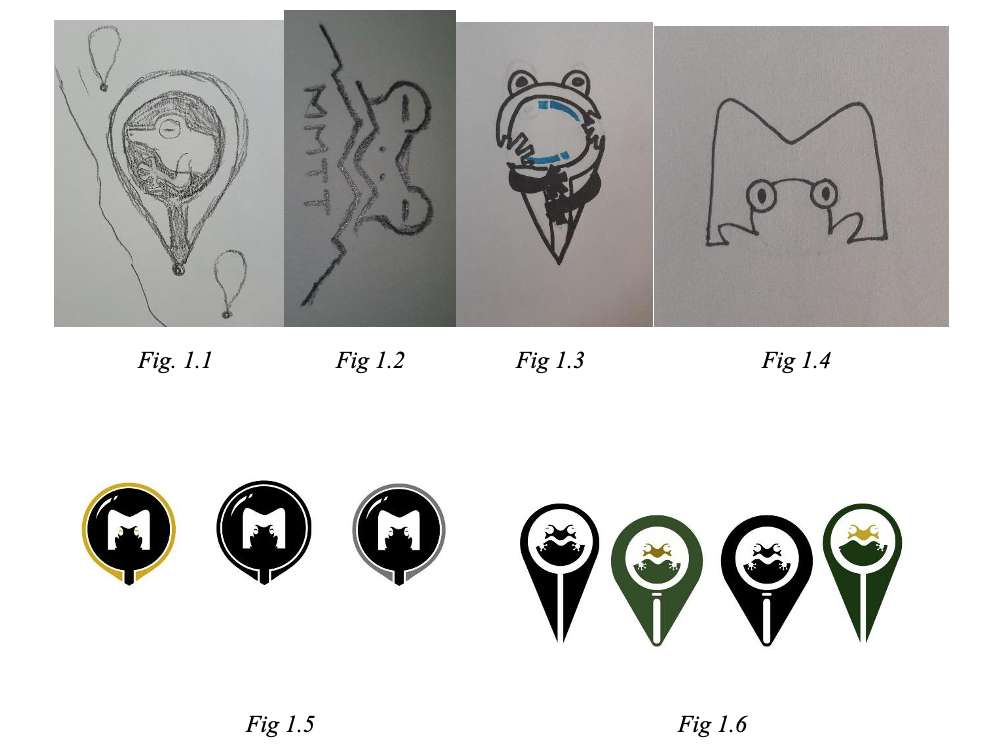 Once the elements worked together the technicalities behind the anatomical features had to be resolved.

For example : The snout needed to have nostrils, the feet needed to be triangular in shape along with slight changes to the iris of the toad. 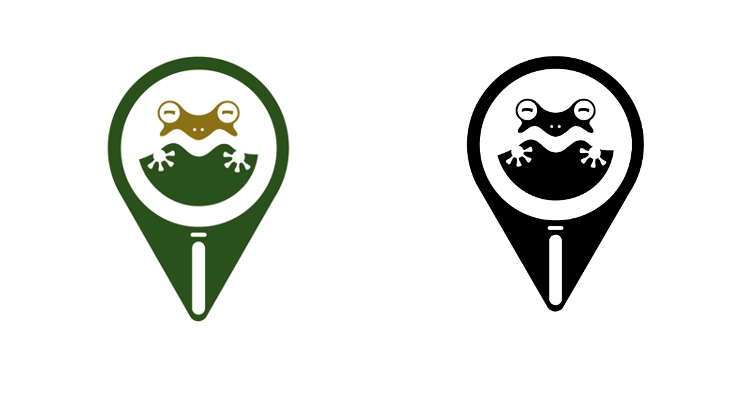 The final version of the logo has 4 main components to it.

Thanks to Drs. Harikrishnan S, Ravi Chellam and Gururaja KV for the support and insights. This work is a part of the grant on Mapping Malabar Tree Toad programme by The Habitat Trust.