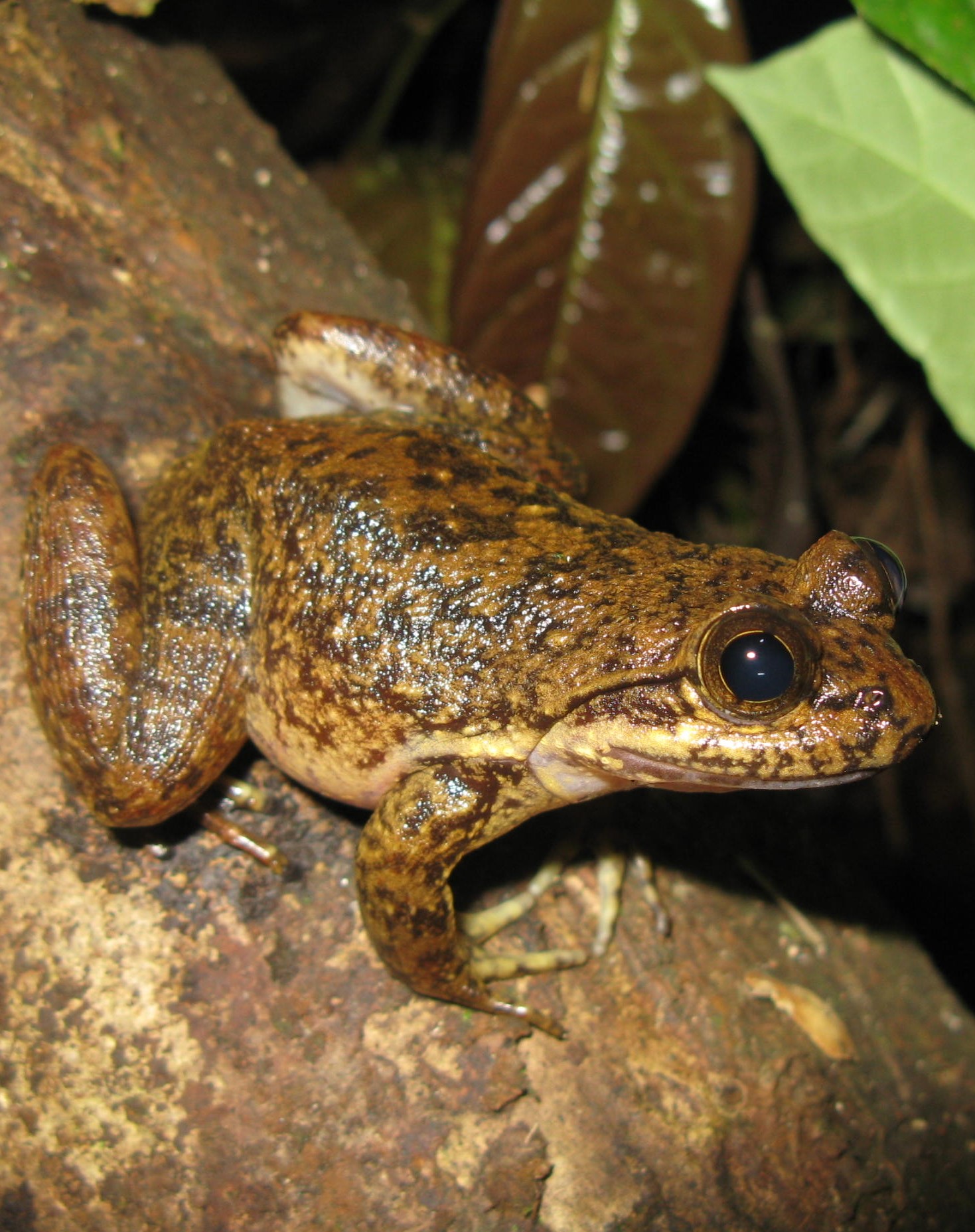 Michael Gyapong Akrasi and Caleb Ofori-Boateng from Amphibian Survival Alliance partner Herp Conservation Ghana just got one of the Amphibian Ark 2020 Conservation Grants to work with the Critically Endangered Togo Slippery Frog (Conraua derooi).  This is an Evolutionarily Distinct and Globally Endangered (EDGE) amphibian that is known from two localities in Ghana: the Togo-Volta highlands, which is along Ghana’s border with the Republic of Togo and the Atewa Hills, one of the last upland evergreen forest in Ghana. The Atewa population is however recognized as a distinct species and a paper is currently being completed to name it (Blackburn et. al., in review). It is feared that this distinct frog will become extinct even before it is named due to a planned bauxite mine in the Atewa Hills to repay loans secured from China. In late 2019, the bulldozers moved in to reopen roads and national security operatives secured the main entrances to the reserve. A recent map of the proposed mine coincides directly with the slippery frog’s habitat and it is highly unlikely that this Atewa endemic frog has any chance of survival should the government proceed with its plans to mine the reserve in December.

The goal of the awarded project is to save the distinct subpopulation of the Togo Slippery Frog in the Atewa Hills. Michael and Caleb propose to establish an ex situ conservation program in collaboration with the Forestry Research Institute of Ghana (FORIG) and Fisheries and Aquaculture Department of the Kwame Nkrumah University of Science and Technology (KNUST). Herp Conservation Ghana has been studying this frog in the wild for the past ten years. Therefore, they already have a fair amount of understanding of its habit requirements. Notwithstanding, they plan to conduct additional field visits with one of their collaborators from the London Zoo to gather additional habitat parameters. They believe this will help them to construct the breeding facility to mimic their natural habitat.